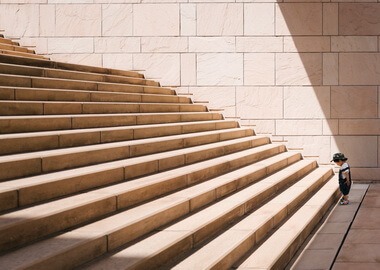 A famous report by Mckinsey states the total economic potential of IoT can reach up to by 2025. In this scenario, connected technology impacts literally every sphere and transforms all industries. And businesses, regardless of the size, adapt and adopt IoT in some way to stay relevant.

At the same time, integrating any digital technology into well-established processes is not easy, let alone something as complex as Internet of Things. Often, businesses confront the usual IoT challenges like lack of skills and underestimated cost and effort. However, this is far not the complete list.

In this article, we’ll highlight less evident, but very impactful challenges of IoT implementation and give some tips on how to manage them.

The choice of hardware

Choosing the right hardware to make things connected can be one of the major Internet of Things challenges. In most cases, an IoT project starts as a prototype with a limited feature set and coverage area. For this purpose, companies go for a simpler design, affordable boards and other hardware and a straightforward data model.

However, it’s important to see a big picture and consider the scalability of the system from the very beginning. Otherwise, a successful prototype may not be able to grow into a fully-functional IoT solution.

RFID technology is often used in IoT monitoring systems. There’s a great variety of RFID tags, inlays, stripes and embedded units. They can be disposable and reusable, vary in price from $3 cents to up to $100 apiece. Some can withstand harsh conditions, others are no stronger than a paper sticker. Some RFID tags are active and self-sufficient, have an internal power source that allows them to continuously transmit datum and empower a real-time location system (RTLS). Passive RFID tags, in turn, can send their status data only when a reader pings them.

For example, in a hospital, an RTLS with active RFID is the best option for continuous monitoring of the patient’s activity. Passive RFID stickers are a cheaper and better suit for controlling the stock of disposable goods like gloves. And on-metal tags able to sustain autoclaves are the best option to track the work cycle of surgical tools.

Fragmented, diverse IoT market is growing, so as the options to connect devices with each other and the main hubs. Companies that develop IoT should not only ensure uninterrupted communication between the fleet of their devices but also consider the interoperability with other IoT systems. This is particularly important for smart home IoT as consumers are increasingly interested in the systems that can provide seamless control and automation.

IoT developers solve Internet of Things issues of connectivity and interoperability every day, in different domains. For example, IoT in smart agriculture usually requires a combination of connectivity options:

Among IoT challenges and issues, security is often underestimated and even overlooked. In fact, the security of IoT data cat be fully cut from the design in a prototype IoT project.

However, considering data is the major component of an IoT system, treating data security as an afterthought is usually a big mistake. It opens the system for breaches, unauthorized control takeover and data theft.

Therefore, building an IoT system, developers should consider the security and include a reliable data model into the design at the very first IoT implementation steps.

One of IoT implementation examples that rely on highly sensitive information is a monitoring system used to track patients in hospitals. For example, an RTLS and RFID-enabled wristbands rely on location data to help continuously track a patient’s movement in the building. Connected beds with embedded sensors allow monitoring changing patients’ conditions such as heart rate or blood pressure. Either way, we are dealing with sensitive data that should be encrypted to protect from unauthorized access.

Another challenge of Internet of Things implementation is maintaining consistency of the data flow.

As mentioned earlier, data is a fundamental part of an IoT system. Uninterrupted, consistent data flow is essential for its successful work. At the same time, IoT systems are typically multi-component and include a number of data points and modules for data processing, sorting, storing, etc. In this context, IoT developers need to make sure data is not only secured from outside attacks but is safe within the system and is reliably transferred between system blocks.

Consistent data flow is important for any monitoring system, for example, effective power consumption telemetry. This system includes several components including a smart electric panel which collects parameters on energy consumption from each socket. This data is then sorted and sent to the analytics module to create insights and provide them to end-users. This data is also used to enable automation like changing regimes depending on the load. In order for the system to function properly, all the generated data should continuously stream and power analytics. Only then end-users will get relevant insights and be able to act on it.

These are some of the major challenges in IoT, however, not the only ones. If you are already working on an IoT system or consider improving a business process using connected technology, probably, you have already confronted with some or all of them.

If you need a skillful tech partner or an experienced consultant to help you design, built and deploy an IoT system and successfully solve all the challenges associated with it, Digiteum is at your service. Check our portfolio to get to know more about our tech and domain expertise and contact our team to talk about your technology needs.