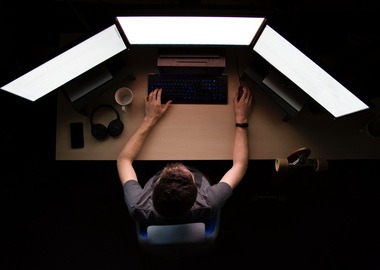 Internet of Things is a multilingual space due to its multicomponent nature and numerous ways the components connect and interact with each other. The parts of an IoT system — end devices, edge computing, data storage and analytic modules, end-user applications — play different roles and work in various environments. Their individual characteristics and requirements determine what programming languages IoT developers will use for coding.

According to the IoT Developer Survey held in 2019 by Eclipse Foundation, the top IoT programming languages in 2019 were Java, Python, C/C++, JavaScript and PHP. Even though this list hasn’t changed over the last couple of years, new languages like Go are being recognized increasingly.

In this article, we’ll go through some of these and other popular programming languages for IoT development.

What influences the choice of an IoT programming language

Not surprisingly, there are many factors that determine what language is a better choice in a given situation or business case. However, there are several things that are taken into consideration more often than others:

Now let’s learn about some of the best programming languages for IoT development.

End devices are small connected devices like sensors or actuators. They need firmware to do all the “fieldwork” — collect metrics, turn something on or off or perform similar simple actions. As a rule, they have low computing power and limited memory capacity.

As mentioned earlier, a low-level language such as C or C++ makes the best programming language for IoT devices of this type. Writing on C/С++ allows creating a compact and optimized script ideal for the firmware that can run on RAM only.

Moreover, C/C++ languages are compatible with all well-known microcontrollers used in IoT hardware layer. At the same time, these are not the easiest programming languages, so it will take skills and a good knowledge of best practices to write quality and clean code.

Edge devices like gateways and data centers are often associated with more complex functionality. Apart from managing multiple data streams and routing data to and from the Cloud, edge layer devices can perform a variety of functions including local intelligence, automation and even using trained machine learning models.

There are several programming languages ideal for running on such devices.

Golang or Go is a fairly young language. Nevertheless, it is quickly gaining popularity among engineers and shows signs of becoming a popular Internet of Things programming language. Multiple benefits of Go contribute to this trend.

Go is perfect for the edge devices that run compact data applications and manage multiple data streams. The typical case would be a node device that collects and prepares data from multiple sensors, sends data packages to the Сloud and routes commands back to end devices in real time.

If an edge device needs to run data-intensive applications, for example, work as a fully-fledged data processing center locally, Python would be a better choice. Like Go, Python is a flexible and uncomplicated language. It allows to create light code, yet implement serious functionality. A common programming language used in IoT, Python will be a good choice both for a straightforward data application and adding data science and analytics capabilities to the edge.

Versatility of Python makes it a perfect choice for IoT Cloud applications, especially when it comes to integrating machine learning and other machine intelligence tools to work with IoT data. There are plenty libraries for simplifying and speeding up the development. Using graphing libraries, for example, you can create custom feature-intensive data visualizations. Not to mention that many popular Cloud platforms like AWS offer SDKs for Python to write custom data applications.

If you plan on using open-source Apache tools for data management in the Cloud, you might also need to acquire some skill in Scala. Many Apache services like Kafka and Spark are written on Scala, so it will be handy when you decide to customize some functions.

Wait a minute, what about Java?

Indeed, Java is, probably the best programming language for IoT in terms of versatility. Thanks to Java Virtual Machine (JVM) engine, highly portable Java code can run on basically any hardware that can handle it. Universal Java allows writing applications that will run both on edge nodes and Cloud. However, Java code tends to be heavy so requires enough power resources.

Still wondering what programming language used for IoT programming is the best fit for your IoT system? Contact our IoT development team. We have a broad skillset and deep knowledge and expertise when it comes to building complex loaded systems. We will help you select the optimum tech stack for your project and bring it to life.