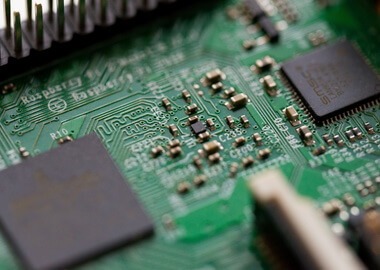 In the previous article, we’ve compared Arduino and Raspberry Pi as some of the most popular hardware used for IoT prototyping. Both have their communities, development tools, kits, connectivity options, accessories, expansion modules, etc. Each is a part of an IoT hardware platform — a combination of hardware, connectivity tools and software development environment for IoT projects.

Arduino and Pi are not the only and the best IoT platforms worth knowing. In fact, there are dozens of platforms with a diverse choice of hardware, support, security, development infrastructure and communities. In this article, we’ll focus on some popular platforms and try to figure out the perfect matches for different IoT projects.

BTW, if you are looking for a professional to help you choose the right IoT hardware platform for your IoT project, you can contact Digiteum expert team right now. We offer a wide range of Internet of Things development services, have rich experience in this domain and can answer your questions regarding IoT software design and development.

will be one of the first IoT hardware to come in mind when thinking about building a simple connected device. Arduino microcontrollers are open-source hardware which means that basically anyone can build it. There’s a wide range of Arduino versions including the most popular Arduino Uno, Arduino YUN with enabled WiFi connectivity and Arduino MKR family that offers multiple wireless connectivity options such as WiFi, Bluetooth, LoRa, SigFox and Narrowband IoT.

To learn more about Arduino hardware, check this article.

Why choose Arduino as an IoT hardware platform?

Arduino hardware is an affordable and easy to set up option for building a basic IoT device that is supposed to perform one action, for example, read humidity sensor data. Arduino community is one of the oldest in this domain, so there won’t be a lack of support or resources. On top of that, Arduino’s functionality is easily expandable with on-top shields and multiple digital and analog general-purpose input/output pins.

is another story. Pis are originally small fully-fledged computers with a range of connectivity options, a processor and up to 8GB of memory storage. It’s much more powerful and speedy than other IoT boards and can handle complex functionality including data-heavy audio and video streaming.

Just like Arduino, Raspberry Pi has its own community, accessory set, set-up and troubleshooting guides and multiple resources for developers. However, Raspberry Pi is closed-source hardware, so to build a Pi-based application, you’ll need to use the boards, accessories and kits offered by the producer.

To learn more about Raspberry Pi hardware, check this article.

Why choose Raspberry Pi as an IoT hardware platform?

Raspberry Pi is the best choice for data-heavy connected devices like hubs, gateways, datum collectors or personal cloud servers, however, it will also be a good fit for simpler IoT applications.

There’re several generations and various models of Pis with different componentry and price range starting from $5. Original models already have connectivity options, inputs and outputs on-board, so no on-top modules or soldering are needed for setting up basic functionality. As a rule, Pi-based solutions are low-powered, however, they require more power than Arduino considering higher processing capabilities.

is, probably, the most complete IoT hardware platform which offers Internet of Things hardware, connectivity, cloud and drag-and-drop IoT application builder. Apart from that, Particle has a serious developer community, its own IDE, developer tools, SDKs and numerous kits for different purposes and IoT projects.

In terms of hardware, Particle provides boards with different types of connectivity, for example, Boron with cellular and mesh, Photon with WiFi or Xenon with mesh only. Additionally, there’s a wide range of accessories, sensors and other add-ons with detailed specifications and instructions.

Why choose Particle as an IoT hardware platform?

Particle is an all-inclusive platform that covers all bases not only for IoT prototyping but also for building a fleet of ready-to-go IoT devices. Basically, you have everything you need in one place — hardware, development environment and tools, cloud and robust support from the community. Another benefit of the Particle platform is the mesh-ready hardware and connectivity which is getting more and more popular among IoT connectivity options.

BeagleBone Linux-based boards are very diverse. They come in different sizes and feature sets, from the most basic PocketBeagle to AI-enabled BeagleBone AI with 1GB RAM and 16GB of flash memory, embedded vision engines and common connectivity options — WiFi, Bluetooth and gigabit Ethernet.

Why choose BeagleBone as an IoT hardware platform?

BeagleBone platform stands out with pretty powerful yet uncomplicated boards and great compatibility and connectivity options. For example, BeagleBone Green has 2 sets of 46 pin headers. This is a lot of I/O pins to connect to, so you can add multiple sensors and modules to your original board. Unlike Arduino or Particle, BeagleBone doesn’t offer IDE but works with an open-source Cloud9 programming platform.

Adafruit is a hardware platform and marketplace that has a huge community and can become the best place for the newbies in electronics and embedded computing. The platform both provides its own hardware and accessories and sells boards by other vendors like Raspberry Pi and Arduino.

Adafruit Feather boards and extensions (wings) are extremely flexible — extensions can work with any board. To connect devices to the Internet and handle all the data they create, Adafruit offers Adafruit IO cloud service that works both with Adafruit and Arduino hardware.

Why choose Adafruit as an IoT hardware platform?

Adafruit may not have its own IDE or IoT software platform, but has one of the strongest communities, support and knowledgebase for building an IoT project and connecting physical objects to the Internet. Adafruit’s hardware also has a competitive advantage. Feather boards are extremely light and simple, so they will become a great start of a small and uncomplicated IoT device like a soil sensor or a tracking wearable.

may not be the first in the IoT platform list, but can be the first option for an industrial IoT development. The thing is, one of the most catchy features of Espressif’s hardware is longevity and robustness, which is a great perk for IoT devices that need to endure extreme conditions or be placed in remote locations. The most popular board series — ESP8266 and ESP32 have 12 years longevity guarantee, for example.

Why choose Espressif as an IoT hardware platform?

As mentioned earlier, ESP boards are designed to withstand extreme conditions and can address the needs of a certain type of IoT projects. In terms of IoT connectivity, platform hardware works with WiFi, Bluetooth and mesh networks.

Choosing the right Internet of Things platform can be the foundation for fast and efficient prototyping and a guarantee for a successful IoT project. In this article, we’ve made just a short introduction to the main IoT hardware platforms. It can narrow down the choice and help understand which platform worth taking a closer look. However, knowing just the basics maybe not enough for making an informed finite decision.

Let us know if you would like to learn more about these or other IoT hardware platforms. Contact our IoT experts for a detailed consultation on hardware options for your IoT project. Also, we can help you if you are looking for an IoT software design and development team to build and manage your IoT system.