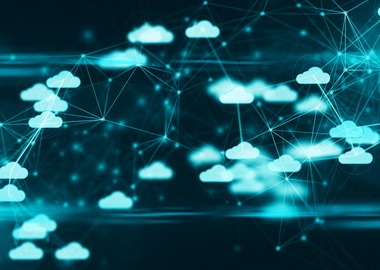 At this point, there’s no universal connectivity technology that would address the needs of different IoT use cases. Instead, there’s a variety of about 20-30 options each with its own characteristics, benefits and drawbacks. In this article, we’ll learn about the main IoT connectivity technologies and standards ubiquitous in 2019.

You’ll find out about:

Internet of Things connectivity options vary in power consumption, range, reliability, bandwidth, cost and scalability capabilities. Some options require a specific environment, for example, closed space with little electromagnetic interference, and are absolutely useless in other environments like underground or outdoors. To choose the right option for an IoT project, these things should be taken into consideration:

One more point. When analyzing all these factors, it’s also important to consider the difference between a prototype and a fully-fledged product. An IoT connectivity option chosen for a prototype may cover a limited area, and it will be alright at this stage. However, when the system scales up, the limited range can become an obstacle and may require choosing an alternative connectivity technology.

Now, let’s learn about the major IoT connectivity solutions used in 2019 in detail.

WiFi is one of the best options for data-intensive speedy IoT systems operating within a small area. It has the bandwidth of up to 1Gb/second and operates on a high frequency (which means even more data to transfer). It has high compatibility with different boards and can work with an average WiFi router. Popular among smart home IoT devices, WiFi works best for plugged appliances and the devices that can be easily recharged, as it’s also power-intensive.

Bluetooth is another short-range connectivity option that allows IoT devices and sensors to send a lot of data at high speed. Like WiFi, it works great both in a smart home environment and industrial IoT applications that enable machines to continuously send status data. The biggest difference from WiFi is lower power requirements and higher resilience to noise. BLE or Bluetooth Low Energy is the Bluetooth technology developed for IoT purposes.

Bluetooth is best for connecting small devices and sending information indoors. It can be used for beacons and wearables used in a hospital to track patients, for example.

Mesh topology provides great reliability for a system that consists of many battery-powered devices. In a mesh network, devices are connected with each other and can exchange data and send data to the Internet. In case one device goes down, the rest keep on going without any risk.

Zigbee and Thread are the two examples of mesh-based IoT connection. These are low power, low bandwidth IoT connectivity standards with limited range but reliable topology.

Reliable mesh topology works great in the backup systems or the systems which in no way should go off, for example, smart lighting systems in hospitals.

Ethernet is even more reliable than a mesh network. It is absolutely insensitive to interference as it’s a wire connectivity solution. Its range depends on the wire length. At the same time, wire connectivity provides better security, robustness and high data transfer speed.

An Ethernet-based IoT system can be built upon an existing cable network, for example, on a plant. Additionally, Ethernet can be set up deep underground and provide reliable connectivity on mining sites.

The era of LPWAN (LPWA, LPN), or low-power wide-area network, started with the emerging IoT applications. LPWAN is an IoT connectivity technology that allows to connect multiple devices and sensors miles away. It’s inexpensive, can penetrate barriers and doesn’t require a strong battery. In fact, LPWAN connectivity implies sending small portions of data periodically and enables IoT devices or sensors to last for years without recharging. On the downside, this option has greater latency (the wait time for data to be sent/received) and operates only with a gateway.

Like many other connectivity technologies mentioned above, LPWAN is an umbrella term. There’re many IoT connectivity platforms which belong to LPWAN technology. Some of the most popular ones are SigFox, Ingenu and LoRaWAN.

SigFox is a French company, and even though they have presence in more than 60 countries, this connectivity option is still unavailable for everyone. LoRaWAN is an open platform, which means, anyone can build upon this connectivity technology. Both LoRaWAN and SigFox work mostly in the uplink applications, when data is sent one way from device/sensor to a gateway.

Ingenu offers it’s proprietary RPMA connectivity option which is claimed to have a more reliable coverage than SigFox or LoRaWAN, and global reach too. Among the company’s clients are oil companies, power providers and agriculture professionals.

One of the most popular business cases used to describe the efficiency of LPWAN is IoT applications in agriculture for field monitoring. This connectivity is ideal for huge fields with multiple soil sensors that send small data packages only once in 2-3 hours.

Emerging 5G is believed to change IoT technology forever. And even though we are not there yet, other cellular technologies already play an important role in the development of IoT.

Cellular is a long-range connectivity solution that provides great bandwidth, reliability of data transfer and low latency. It requires a lot of power to handle all this data, and it’s expensive, too. The price depends on the plans offered by IoT connectivity providers and the volume of transferred data.

The most common cellular standards are 3G and 4G (LTE). However, there’re machine to machine (m2m) standards developed specifically for IoT: LTE-M and NB-IoT.

Another example from smart agriculture, drones use cellular connectivity to be able to send video and image data during field mapping and crop monitoring.

Hardly any IoT connectivity company or service could compete with satellite in range. Satellite literally provides around-the-globe coverage and can handle large volume of data. It comes at a price. Satellite connectivity is expensive and is rarely used on its own. Often, IoT systems use satellite to send data in remote areas only (ocean) and then switch to a more affordable IoT connectivity technology like cellular or LPWAN.

Oil rigs in the middle of the ocean use satellite connectivity to transfer data in real time to the base onshore.

IoT wireless technologies listed above are not the only ones used in IoT. NFC and RFID are the two communication methods that are worth considering for some IoT projects.

NFC or Near-Field Communication protocol, for example, is one of the most power-efficient ways to connect things. It’s also very short-range as the data is transferred when the NFC-enabled devices are tapped with each other.

RFID or Radio-Frequency Identification is another power-efficient technology that implies using RFID tags and a system of readers that enable communication. Active RFID tags has its own battery and can continuously send small portions of data to a reader, while passive RFID tags activate only when a reader pings them. There’s a great range of RFID tags in form, size and application. You can learn more about the use of RFID in IoT in this article.

As you can see, the choice of IoT connectivity technologies is abundant. In practice, one IoT system often requires combining several connectivity solutions to optimize cost, efficiency and quality of data transfer in different environments.

For example, LPWAN-enabled sensors in a remote field can collect data on the crop health and send it to the gateways on site. From there, this data is sent to the main hub miles away using satellite technology.

Are you interested in IoT connectivity management? Or looking for an IoT development services company that could help you choose the right connectivity option for your IoT system? Either way, contact Digiteum team to talk about your ideas and the implementation of your IoT project.