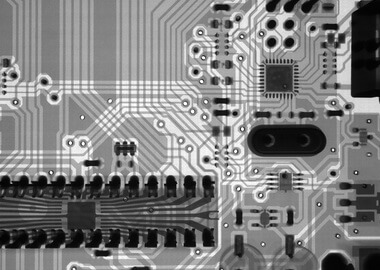 Betting on the right hardware for an IoT project is one of the most important choices and challenges in IoT development. Many factors should be taken into consideration. Scalability, functionality, flexibility, cost, power requirements are just some of the features that can determine whether certain hardware is good for your project or not.

In this article, we’ll make a side-by-side review of the hit boards used in IoT development: Arduino vs. Raspberry Pi.

By the way, if you are too overloaded for making a side-by-side comparison or trying different boards for your project but need a definite answer which one is the best for your IoT system, you can contact Digiteum IoT expert team. We can consult you on this or other problems connected to IoT design and development.

Adruino is a single-board microcontroller developed in Italy in the early 2000s. It was originally designed for prototyping and device connectivity and remains an open-source hardware and software project.

Raspberry Pi came out later as a tool to teach basic computer science. It’s a fully-fledged computer, just a tiny one. It has its own processor, memory and graphics processing unit, though the componentry varies from model to model.

One being a microcontroller and the other one being a computer is the fundamental difference between Arduino and Raspberry Pi. However, not the only one.

Unlike Arduino, Pi is closed-source hardware and is produced only by the Raspberry Pi Foundation (UK). Therefore, there are several models of Pis.

The most popular model is, probably, Raspberry Pi 3 Model B+ with a wide range of components including 1.4 GHz processor, 1GB SDRAM and 4 USB 2.0 ports and multiple IoT connectivity options. The latest model, Raspberry Pi 4 Model B is even more powerful, has several RAM options (1, 2 or 4GB) and additional USB 3.0 ports.

As open-source hardware, Arduino boards are designed and produced by different companies. Including the original version presented by Smart Projects, there are several dozens of Arduino-branded boards. Every board has its own componentry, different number of input-output general-purpose pins, memory capacity and other features. Arduino UNO is, probably, the most popular board under this brand.

Apart from original componentry, both Arduino and Raspberry Pi boards can be expanded to add features and functions to the system. This is where another important difference between these boards steps in.

Arduino is expanded with shields — boards installed on top of the main board using general pin headers. Shields allow adding on functionality like GPS, SD card, connection to the Internet via Ethernet, LCD display, etc. More than one shield can go on top as long as it’s properly connected. In this case, the hardware becomes a bit bulky and loses its portability features.

If you compare Arduino and Raspberry Pi, you’ll see that the latter has many of the previously mentioned features on the original board. The latest Raspberry Pi models have media and audio input/output, several connectivity options, SD port, and other features. Additional modules and accessories like camera, display and expansion boards (HAT, hardware attached on top) can also be installed.

Connectivity capabilities are, probably, the most important features when it comes to building an IoT system using Arduino or Raspberry Pi boards.

Arduino requires shields or modules to add basic connectivity options like WiFi, GPS or Bluetooth. Though it’s not complicated and takes just a few steps.

One of the most popular LPWRN options in IoT, LoRa can be easily connected to both Pi and Arduino with a special module.

In general, Raspberry Pi and Arduino are low power devices. Both are powered externally. In the case of Pis, MicroUSB or general-purpose I/O headers are used. The range is strictly limited to 5V.

Arduino boards are more flexible. The recommended range is 7-12V and, as a rule, USB ports are used for power supply.

When comparing Arduino board vs. Raspberry Pi for a simple single-action IoT application, memory storage maybe not the most important factor. However, if your IoT device is multifunctional, it may require substantial RAM.

As a microcontroller, Arduino has just enough memory to run a simple execution code. For example, Arduino UNO has only 32 K bytes of flash memory and 2 K bytes of SRAM.

Pis are small computers so they have much larger memory capacity. For example, the latest models are said to provide up to 8GB of SDRAM. It’s enough to run multiple functionalities for a more complex IoT system.

Raspberry Pi runs on Rasberian OS provided by the Raspberry Pi Foundation, but can also run on some third-party operating systems like Linux, Android and Android Things designed specifically for IoT projects. Many programming languages including Python, C/C+ and Scratch will work to build IoT projects using Raspberry Pi.

Arduino doesn’t have a dedicated operating system but has a cross-platform (Windows, MacOS, Linux) Arduino IDE (integrated development environment) with many free software libraries and code editor for faster and simpler programming. The environment supports C/C+. However, basically, any programming language can be used to write the functionality for Arduino.

The average price for a new Arduino board is around 20-25 USD. Raspberry Pi provides a wider price range starting from 5 USD for the very basic Pi Zero model. Though, Pi models loaded with features and larger memory capacity may reach 55 USD.

Now, let’s find out when each of the boards shines.

First of all, it would be wrong to say which one is better, Raspberry Pi or Arduino, because each of the boards has its own benefits and fundamental differences.

Both boards are great for prototyping. Arduino is easier to set up and go, while Raspberry Pi provides more onboard features.

As a rule, Arduino is used in the systems with simple repetitive tasks that imply only a single action at a time. For example, using pins, you can connect to the board an analog sensor that monitors humidity in the room and program it to turn on a humidifier when the humidity level drops down to a certain level. In many cases, Arduino will be a more cost and effort efficient solution compared to Pi.

Faster and more powerful Raspberry Pi can handle multitasking and run more complex functionality than Arduino. It includes running media playback, making calculations and collecting various parameters at the same time. So if an IoT system needs to collect data from several sensors, pull data from the Internet, connect to a smartphone and provide a complex output on a display, Raspberry Pi is the right option.

One more thing. The choice should not always be Arduino vs.Raspberry Pi. In fact, it can be confusing choosing between the two when both boards have their own pros and cons. Instead, these boards can perfectly work together if an IoT project requires so. For example, in an IoT agriculture system, uncomplicated and cheap Arduino boards can be used to read measurements from multiple soil sensors, while a Raspberry Pi can work as a think tank and decide how to act on the data collected by sensors.

If you still have questions about Arduino, Raspberry Pi or other hardware used in IoT, contact our IoT experts. We have a pretty solid experience in the Internet of Things software and middleware design and development. Our team can both consult on the choice of technologies and provide IoT software development services. Just leave us a message and we’ll get back within one day or so.