Differences between Cloud, Fog and Edge Computing in IoT — Digiteum 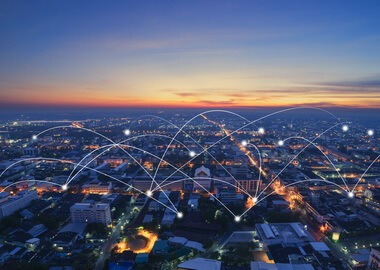 We’ve heard a lot about cloud computing as the most prominent form of IoT data management. Along with cloud computing, fog and edge computing are becoming popular as well. Let’s compare these three forms of data technologies, examine their differences and benefits.

Cloud computing is the standard of IoT data storage right now. It’s the form of computing where data is stored on multiple servers and can be accessed online from any device. Instead of saving information to the local hard drive on a single computer, users store it on third-party online servers.

To access data, a user needs to enter an account associated with the cloud service. The data undergoes end-to-end encryption, so even service providers have no access to the user’s contents. For the Internet of Things, this means securely storing and managing a lot of data and having immediate access to it from multiple devices, anytime, anywhere.

Difference Between Fog And Edge Computing

These computing technologies differ by their design and purpose but often complement each other. Let’s take a look at edge computing vs fog computing and analyze their purposes and differences.

The term fog computing was coined by Cisco, and it defines a mix of a traditional centralized data storage system and Cloud. Computing is performed at local networks, although servers themselves are decentralized. The data, therefore, can be accessed offline because some portions of it are stored locally as well. This is the key distinction between fog computing vs cloud computing, where all the intelligence and computing are performed on remote servers.

Edge computing processes data away from centralized storage, keeping information on the local parts of the network — edge devices. When the data is sent to the edge device, it can be processed directly on it, without being sent to the centralized cloud.

How do fog and edge computing work?

How is data processed by fog computing?

Fog computing allows to implement data processing at the local networks, especially if it has to be processed in real time. This is what makes this storage form incredibly stable under stressful conditions, especially when comparing cloud vs fog computing.

Edge computing is the least vulnerable form of decentralized storage. On the cloud, data is distributed to dozens of servers, whereas edge computing uses hundreds, possibly thousands of local nodes. Each device can act as a server in the edge network. To break into, hackers would need access to thousands of destributed devices, which is practically impossible.

Edge and fog computing are less known than cloud but have a lot to offer to businesses and IoT companies in particular. These networks solve many issues that can’t be solved by IoT cloud computing services and adapt the decentralized data storage to particular needs. Let’s examine their benefits individually before comparing these systems side by side.

Many companies focus on edge computing on their way to decentralization, whereas others adopt fog computing as a main data storage system due to its high speed and increased availability.

IoT edge computing is an optimal solution for small immediate operations that have to be processed with millisecond rates. When many small operations are happening simultaneously, performing them locally is faster and cheaper.

Role of Internet of Things and cloud computing

Cloud computing and IoT are often talked about in conjunction because the two technologies support each other. Internet of Things relies on different Cloud services store and analyze IoT device data and metrics, enable automation, etc.

Let’s see how cloud computing and IoT bring benefits to business and end-users, and why it’s advantageous to use them together.

The future with IoT, edge, fog and cloud computing?

IoT sector is rapidly growing, and we are likely heading into a future where every device is connected. With smart homes, cars, equipment, and everything else, vast masses of data are generated every second. Devices will continue to require increases in computer power, and cloud computing offers decentralized storage solutions for faster and cheaper deployments. Developers only have to connect their systems to IoT cloud platform existing infrastructure to benefit from third-party computing power.

Internet of Things systems produce a lot of data. Developers and businesses can use it to know their users better. Cloud services provide a safe environment where this data could be analyzed, managed, and stored. Many services are already equipped with AI capabilities, including machine learning algorithms that model insights from data and enable automation.

A security breach in IoT networks could mean compromising entire businesses and industries, affecting millions of connected devices and people who use them. Cloud storages are more difficult to target because of their remote position and security practices. In the future, devices can use previously collected data to detect vulnerabilities before they even show.

The cloud improves communication between devices and applications, quickly sending data between data centers and local nodes. Fog and edge computing can be useful for offline communication and micro-operations, reducing operation costs and increasing speed.

Have a project in mind? We can help you choose computing and data management solutions that will fit your requirements and business goals. Take a look at our projects and drop us a line to talk about your project.