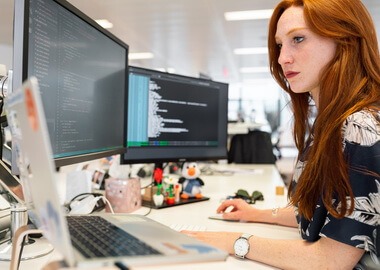 10 Benefits of Using Flutter in Mobile and IoT Development

If you are considering cross-platform development on your project, you’ve probably thought about Flutter. There is a serious buzz around this toolkit, and several big brands like Alibaba and Phillips have already tried it on their mobile apps. In this article, we are going to talk about the major benefits of Flutter app development and how choosing this platform affects the speed, cost and productivity of mobile application development.

Go on reading if you are curious about:

Flutter is a young and fast-growing project by Google. It’s a complete software development kit (SDK) that allows creating functional cross-platform applications for mobile, web and desktop. It’s open-source and easy to learn and get a hang of. Like any other cross-platform technology, Flutter has a lot of special features that make it shine.

Here are the top 10 benefits of Flutter development that convince businesses to choose this technology over other cross-platform frameworks or even native app development.

As a rule, the goal of using any cross-platform technology is speeding up the development process. In the case of Flutter mobile app development, you write one codebase that can run on both Android and iOS smartphones.

It doesn’t mean that you cut the development time in half compared to native development. It always takes extra time to smoothen the edges and make sure everything renders as it should on both platforms. But it can reduce the development time by up to 70%. And most importantly, it takes only one team to build an app for iOS and Android, which leads us straight to the next benefit.

Looking for an Android and iOS mobile app development team with skills in both native and cross-platform development? Look no more, just drop us a line!

Reduced development time and a smaller team imply serious savings. For some businesses, it means more flexible budgeting and the opportunity to implement more features in less money. For companies with limited resources, cross-platform development can be the only chance to kick-off in the first place. This is one of the reasons why Flutter mobile development is such a great fit for MVP and PoC projects.

Just because it’s not native it doesn’t mean it should look off. In fact, one of the reasons why Google’s Flutter won over so many hearts is the beautiful native-like performance it provides.

When it comes to mobile app development, the Flutter toolkit includes every possible library, component and widget needed to recreate the native iOS and Android look and feel. If we are talking about a lightweight app, you won’t even tell it’s Flutter-based.

Just because it’s not native it doesn’t mean it should perform poorly. Flutter is often compared to a more mature cross-platform framework React Native. Performance is one of the criteria Flutter beats React, by a large margin.

Flutter’s engine was built to communicate with native modules directly, which results in good performance and high speed. Using Flutter, you can build a single-page app, a mobile platform that streams video or a data-heavy IoT application. They will be equally stable and high-performing.

Flutter is design-friendly. It’s hard to imagine a mobile user interface that you won’t be able to implement using the resources of this platform. There are plenty of libraries and tools for any case, including Material Design and Cupertino widgets. Everything is customizable. And it goes without saying that you build two mobile apps using one UI design.

Flutter mobile application development is the real deal for scalable projects. Flutter applications are built using Dart — easy-to-learn object-oriented programming language. It is optimized, it has uncomplicated syntax and is understood by Java and JavaScript engineers.

Most importantly, Dart code can run not only on iOS and Android but also used for desktop (Windows, Mac and Linux) and even web applications. To date, Flutter’s offer for desktop and web is limited and the applications are not so stable as mobile versions. But the possibility of writing a unified code for so many platforms is incredible, productivity-wise, maintenance-wise and, importantly, business-wise. Think about developing an all-device cross-platform solution at Flutter app development cost.

So we have one team, one codebase, and a myriad of tools, plugins and libraries to develop applications fast and efficiently. Could it be any better?

Building one mobile app for two platforms simultaneously means you can deploy and launch both apps with little to no gap.

Gamification is a fast-growing tech trend. It used to be popular mostly among entertainment, fitness and gamified eLearning apps. Nowadays, gamification elements are integrated into all types of consumer applications, including eCommerce, banking, utilities, etc.

Flutter is developing very fast. In just a matter of years, the number of libraries, widgets and plugins for iOS and Android development using Flutter multiplied and made the SDK versatile and complete. Web and desktop are coming along.

However, today’s world of tech is far not limited by smartphones and laptops. The demand for Internet of Things development is growing, and so does the diversity of the tech we are using today — smart home devices, cashless stores, drone delivery services and autonomous banks are just a few examples.

Amazingly, Flutter might play an important part in this evolution. Today, it’s a great tool to quickly and efficiently develop functional applications for mobile, web and desktop. In the future, Flutter capabilities may be used to create applications for a wider range of platforms.

This particular benefit we review in detail in the next part of the article.

Are you interested in mobile application development in Flutter and looking for a skilled tech team or a consultant? Contact Digiteum to talk about your project.

The future is in connected technology. Today, we can already foresee how Flutter and IoT work together to create seamless experiences in the connected world.

However versatile Flutter is, it’s still not an all-purpose solution. There are Flutter programming pros and cons and challenges to keep in mind.

Interested in mobile app development using Flutter? Let’s talk about your project. We have Flutter engineers in-house and already have solid experience in working with this framework on IoT and mobile projects.