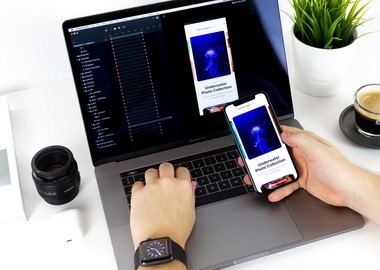 Why Choosing Flutter for Your MVP Project

Recently, we’ve talked about the benefits of using Flutter in mobile and IoT development and how using this toolkit helps businesses save a ton of time and a lot of money. In this article, we will dwell on this subject from the perspective of MVP development and try to find out whether it’s worth building a minimum viable product in Flutter.

Before we start, let’s briefly review what is an MVP and how it differs from a proof of concept (PoC) and prototype. These terms are often used as synonyms. However, they do differ, and it is important to know what exactly you need depending on your goals. To cut it short:

Now that we figured out what MVP is, let’s get back to Flutter MVP development.

Building an MVP in Flutter? 5 reasons it’s a great idea

When you build MVP app in Flutter you build two applications — iOS and Android — nearly simultaneously. Flutter and other cross-platform tools allow you to create one codebase that can be used on iOS and Android, which saves you up to 70% of the development time. The other 30% goes to fine-tune applications and make them look and feel native-like. However, even 70% of reduced development time is already good news.

One of the main reasons a company chooses to start with an MVP is to save time and bring a product to the market as soon as possible. After all, time is often our biggest enemy when it comes to fast-changing trends and evolving technologies. Flutter is the one toolkit that helps win this battle.

Less development time equals lower costs. And this is only one way to interpret this benefit. Earlier we have mentioned that an MVP is a minimum version of a product that has a limited number of features just enough to make it viable. Building an MVP always implies strategic product requirements prioritization and often comes along with painful trade-offs between the desirable and the necessary. Sometimes, stakeholders have to omit or postpone the development of awesome features at the MVP stage. Time and cost-effective development with Flutter opens the opportunity for more flexible budgeting.

This one is simple. Building native iOS and Android applications require two engineering teams. Building iOS and Android applications using cross-platform tools like Flutter require one engineering team. It means faster kick-off, less management and, importantly, nearly simultaneous launch of both apps. Often, a limited budget makes startups and even established companies start with an application for one platform. Flutter, again, allows building two applications nearly at the same time and at the same cost. It doubles the number of potential users and ensures better feedback and snapshot of the market.

Stick to the desired functionality

MVP in Flutter will stand out for its good performance, stability, speed and versatility. This is, in fact, one of the biggest benefits of this toolkit over other cross-platform frameworks.

Fairly young, Flutter is powered by a strong engine, provides access to a wide range of libraries, widgets and useful developer tools and allows you to build applications of varying degrees of complexity. There’s no need to reduce functionality or sophistication of important features just because you build with a cross-platform framework. Your Flutter MVP can be as functional as you need.

Flutter SDK is constantly developing. Today, you can use it to build not only mobile apps but also desktop and web applications.

When your MVP is out in the market and you get the feedback from early adopters, you will start thinking about adding features and even scaling your product up to other platforms. After all, we do live at a time when a seamless digital experience is a must. At this moment, you will be particularly happy you’ve built your MVP in Flutter. In theory, you can using the same codebase.

Do you have a project? Need to build app from concept to MVP in Flutter? We can help. Let’s talk!

Other pros of Flutter MVP development

Here are several more reasons why you should consider Flutter for MVP development. In this article, we provide a shortlist. You can read in more detail in this piece.

Flutter prototype of an IoT application

A few words about the last benefit in the list above. Scalability to multiple platforms, high productivity and fast time-to-market make Flutter a great toolkit for IoT application development.

As a rule, IoT applications are data-heavy, therefore, they require good speed and performance. The market of IoT is extremely dynamic, so fast time-to-market is a valuable benefit. And most importantly, IoT applications not necessarily run on smartphones or laptops. Often, companies need to build applications able to run on different connected devices, wearables, hubs, embedded devices. This is when the versatility of the Flutter codebase becomes an ultimate advantage.

This SDK is equally good for building an MVP for early adopters, developing an IoT prototype in Flutter to show investors or stakeholders, or creating a PoC for in-house testing. After all, IoT is also an emerging technology. Most startups and innovators in this field build entirely new devices and services that require shaping, testing and verifying before they can fully roll out to the market.

Interested in Flutter PoC development, MVP or fast prototyping? Check out MVP development services, contact our team and get a quote for your project as soon as this week.