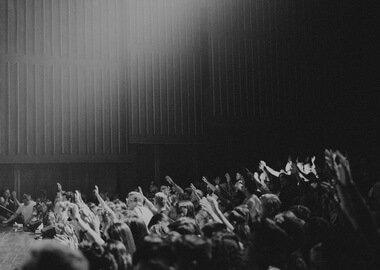 IoT World 2018 in Santa Clara united thousands of organizations and attendees, hundreds of speakers and exhibitors and dozens of IoT startups. It’s one of those yearly events where you can meet all cross-industry giants at one place – Microsoft, SAP, Avnet, Boeing, UPS, MasterCard, Bank of America, T Mobile, Google, Amazon, Comcast, General Electronics, etc., and take a peek at the image of the future they suggest.

The IoT For All team covered five notable companies that stood out at IoT World this year. I’d like to take a closer look at a different angle and discuss four major cross-cutting themes of the event.

1. The Power of Data

Data is one of the core pillars in IoT. I’ve already brought up the staggering opportunities IoT data brings to enterprises, governments, and entire countries.

Not surprisingly, data was the center of attention at the event. Speakers and panelists unanimously called data the new gold. Industry leaders envisioned business and industry growth using insights, suggested that companies learn how to understand data and use both new and legacy data, and showed examples with real revenues.

One such speaker was Juan Perez, Chief Information Officer and Chief Engineering Officer at UPS, who showed us how the clever use of IoT data helps UPS save millions of dollars every year.

Juan Perez defined the value of data analytics by a series of insightful examples. At UPS, analysis of sensor data allows them to optimize delivery driver routes, package tracking, and maintenance schedules. This approach helps the company receive impressive bottom line numbers: by reducing one mile per driver a day, for example, the delivery giant saves up to $50 million in the course of a year.

Analytics … is taking raw data and making that raw data be converted into insight, so we can make better decisions. We live by this day in and day out.

This vivid example of UPS shows us how a delivery company – and today also a serious technology company – relies on IoT and data strategy not only to improve efficiency, but to completely reinvent operations and processes and reach formerly unavailable performance standards.

The whole event in Santa Clara projected the concept of an IoT ecosystem for over the course of 4 days. Multiple platforms, products, hardware and software, new standards and connectivity solutions, vendors and innovative ideas represent what can be called an emerging IoT environment.

Avnet, one of the leading global technology companies and a chief sponsor of the event, highlighted the importance of building a unified environment and creating an IoT ecosystem.

The company believes that creating an integral space can help break the barriers and solve the challenges related to IoT – insufficient connectivity, unsettled standards, fragmented market. The company’s presentations, product showcases, and platform demonstrations revealed how Avnet contributes to this goal.

Avnet offers an unmatched ecosystem of products and services to help customers overcome obstacles related to IoT… IoT World presents a unique opportunity for us to meet with engineers, designers and inventors to share our vision and solutions to enable IoT and transforming the way business is done.

3. The Synergy Between IoT and Other Technologies

Building a unified ecosystem is necessary for the future of IoT itself, and for all the industries and verticals it impacts. Therefore, it requires tight cooperation between IoT and other technologies that shape the markets and economies today.

There were many briefings and keynotes at the event that demonstrated the connection between IoT and security systems, blockchain, AI, autonomous vehicles, and even semiconductors.

In particular, Frank Mong, a COO of a young company, Helium, explained how the synergy of IoT and blockchain principles can help IoT evolve from a disconnected, fragmented environment into a truly open source and secure network. The entrepreneur showed what happens when you apply the benefits of blockchain’s fail-safe and reliable block connection in IoT and how it can enable building decentralized networks effectively and cheaply. You can watch the whole briefing here.

Last but not the least, an important key of the conference was the growth of the IoT market geography and influence. IoT World is an international event that gathers the enterprises and startups of different scales and origin. This year, the expansion of market boundaries was especially visible.

For example, one of the most exciting briefings, in my opinion, was focused on IoT in Asia and the impact this region has on the global arena. The speaker, Charles Anderson, founder of Charles Reed Anderson and Associates, demonstrated the volume and gravity of the topic in simple numbers.

4.5 billion people with nearly 1 billion middle class influencers, decision makers, entrepreneurs and adopters leverage the latest technologies today and build what will be the smart cities of the future in Japan, South Korea, Singapore. Today, these emerging markets reach some of the highest growth speed rates. In this context, IoT development and partnership make up the foundation of many technology efforts across different industries in this region.

IoT World was undoubtedly a big event. On one hand, it allowed industry leaders and emerging companies to showcase their latest products, platforms and solutions, and define and share their vision of connected future. On the other side, it enabled better understanding of industry trends, demonstrated the state of IoT today and forecasted the IoT environment of tomorrow.